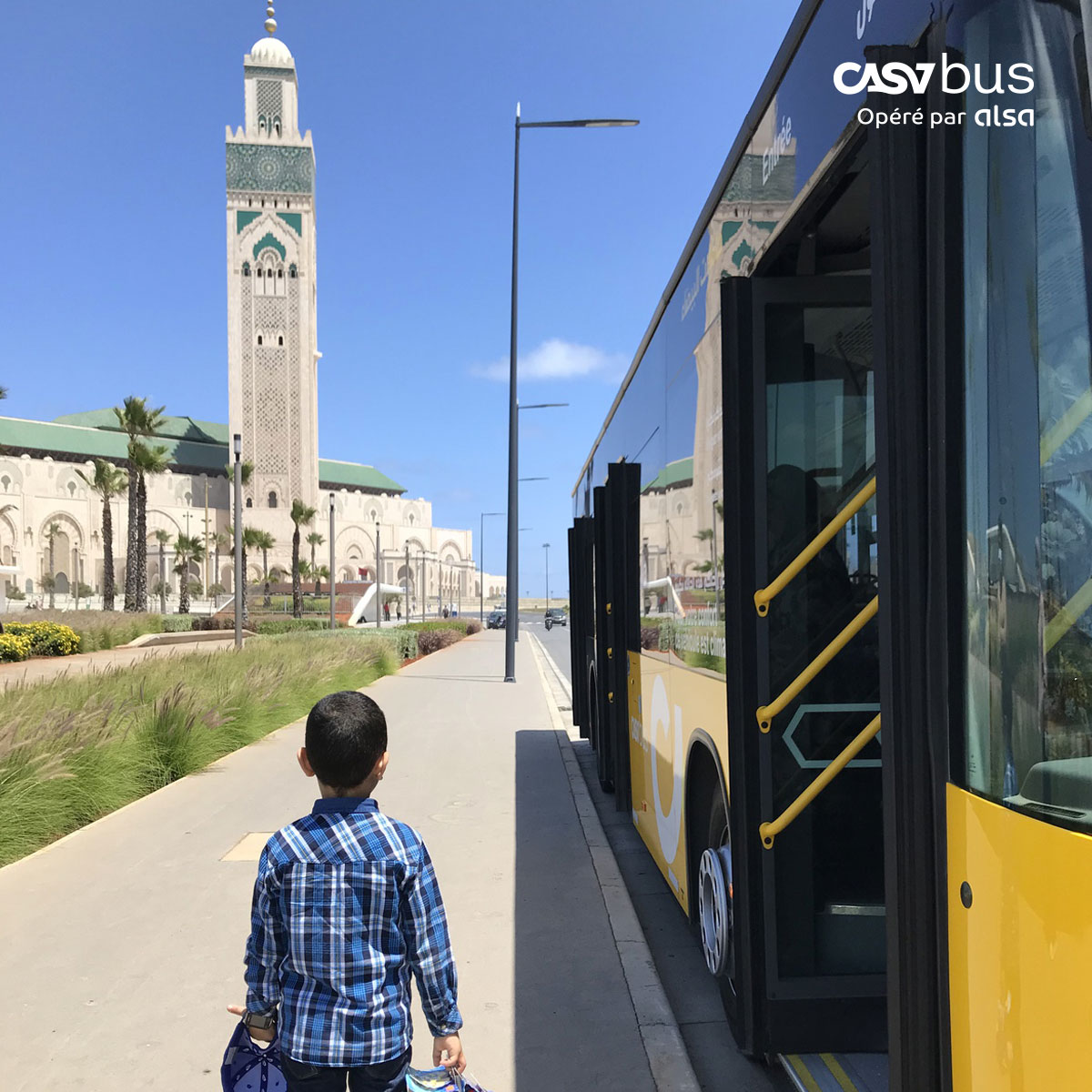 Adam is a young Casawi who grew up with an overly negative image of bus transport, linked to an unfortunate history of buses that were always late and in poor condition. We dedicated a day to try to to change his perception of the bus and public transport, during which the staff of Alsa Al Baida introduced him to Casabus, the new urban mobility solution suited to a dynamic city and the economic capitel of a future-facing kingdom.
He was taken on a magnificent tour of the city of Casablanca. We also granted his long wish to see the Ocean and took him on a small walk along the corniche of Aïn Diab. After an emotional day, he was taken home with several gifts in hand.

Employee of the month
2 December 2021
Go to Top